It’s 10:30am and I feel like it’s at least 3pm. There has been so much accomplished on this great Saturday.
Every morning at 4:30 the Muslim call to prayer can be heard over a mega phone. I have gotten used to sleeping through it but this morning I wasn’t so lucky. Thinking that my parents might still be up I got up to skype them. The power was off and the computer wasn’t charged so instead I watched the sunrise. 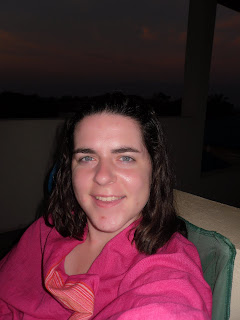 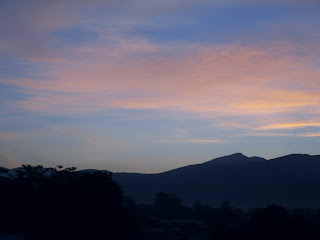 It was great to look over at the Burundian mountains as the sky behind them turned from orange to pink.

The generator was started and the electric fans that are always on began to blow. I plugged in the computer and got online. It was nice to see my family. It gets easier to see them each time we get on. For the first time I was able to chat with Adam, that was hard. I began to cry. He asked me if I was ok. I told him I was, that I just missed him. It’s a good day when you get to see your brother after 6 weeks of no contact!

After the minutes ran out and our conversation was cut short I decided to go and watch the football game (soccer). The HAU team practices Saturday mornings at 6:30am. The field is a short walk through Garbage Lane (as we have affectionately titled it). Once I saw the field I looked but didn’t see Javier. I thought about asking someone if they had seen a muzungo but on further inspection I spotted him. He blended in so well on the field. 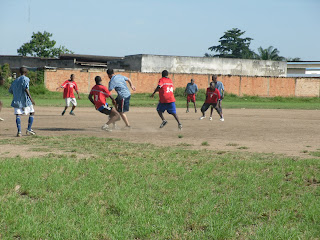 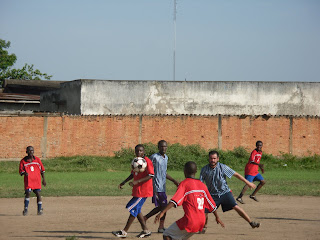 A student came up to me and we had a good conversation. His English was excellent. He is a second year student from the Congo. Later he encouraged me to join others who were hitting around a volleyball. I was very excited to play!!! I got very sweaty very fast. It was lots of fun though.
Back at the apartment now, drinking a Fanta. What a hard Saturday. I guess I should grade some papers and plan some lessons now.
Posted by Isaac & Rachel Mubezi at 6:54 AM