Isaac has graduated and I have moved off campus but Hope Africa University is still home to us. We both attended Campus Fellowship, a 30 min meeting 4 times a week on campus, while we were living at Hope. Isaac has been invited to preach on a number occasions since he graduated. It was a pleasure to travel with him this time. 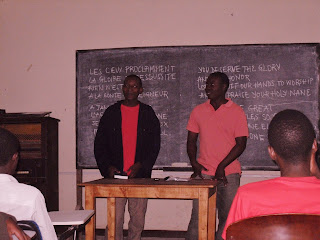 Since our visit people from the group have mentioned on multiple occasions that our lives speak louder than our words. They say that our marriage and dating days were something that they have taken notes on. It has been humbling to hear how God is using our lives as a living example to others of the love of Christ.

Posted by Isaac & Rachel Mubezi at 4:57 AM No comments:


He’s about to die! Our good friend Renson is Kenyan. His father is a FM missionary in Uganda. Now he is studying in Burundi at Hope Africa Univ. And he works at The King’s School in the office.
Renson came to work one Monday morning and went home feeling ill. Within the 15min it took to get to town he fell so ill that he checked himself into a clinic. It wasn’t 10min later that he was unconscious with serious dehydration. Renson had cholera. He would have been dead within the hour but was transferred to the hospital that Isaac works at. Renson now says that he thought he was going to die until he saw Isaac’s face. He said, “I knew Isaac wouldn’t let me die”. There is a limited number of IV drips in the country and hospitals are very frugal with the use of them, they don’t like to give patients more than 4 bags (1/2 liter in each bag). Isaac didn’t listen to protocol and over the 15 hours Renson was in the hospital he used 73 bags!!! At one point he had 3 bags dripping into his arms at one time.
That night we held a staff prayer session to pray for Renson knowing that we could loose him at any moment.
The next day Renson was transferred to a cholera clinic (it was a tent outside where they put many cholera patients together. I learned that it is really easy to treat but also very easy to spread. We went to visit Renson and had to put on special masks and got sprayed with disinfectant. We are thankful to God that Renson was healed. He is fully recovered but we will keep his story with us. 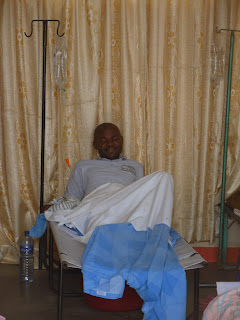 Posted by Isaac & Rachel Mubezi at 4:51 AM No comments:


Every once and a while the Ugandans and Kenyans who live in Burundi organize a football match. Isaac and I attended this last one. It was fun to cheer on a country that I represent now :) 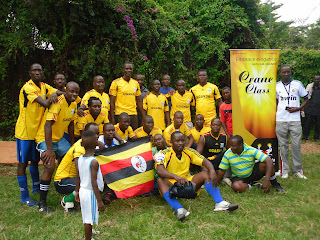 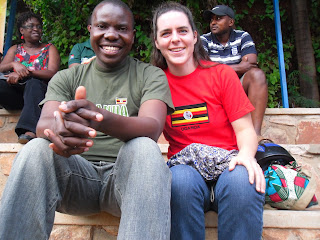 Posted by Isaac & Rachel Mubezi at 4:39 AM No comments:


Since the fire to the public market business hasn’t slowed. It is harder to find what I am looking for and the streets are full of vendors, but people have to eat and so shopping goes on. 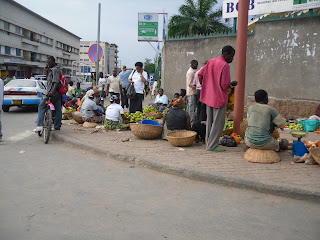 Posted by Isaac & Rachel Mubezi at 4:13 AM No comments:


What is that noise outside my window? Two of the seven houses I lived in this last 8 months had fruit trees that attracted something noisy in the night. I found out that it was fruit bats. These large bats make their migration from the tall trees on the north end of town to the fruit trees in our south end neighborhood. This one I found on the road. Obviously wasn’t playing well with others. 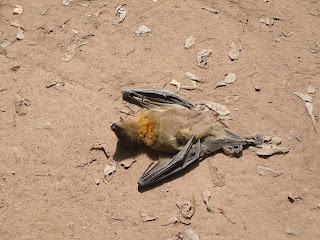