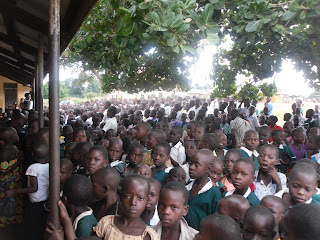 Kiwanyi is a small village located within the Iganga district of Eastern Uganda about an hour outside of Jinja.  The primary school is located within the main town of the village where seemingly 600 boys and girls attend.  When walking on campus, it was clear that many of the students were overjoyed by our presence at the school. 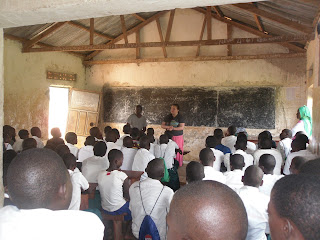 The headmaster welcomed us with open arms and separated girls from grades 4, 5, 6, and 7 where we could have a somewhat private conversation with the young ladies.  We started the discussion with some questions (such as: do you know what a period is? Why does a menstruation occur? What happens to your body when you are on your period?), it was very clear that the girls had no idea what we were talking about. 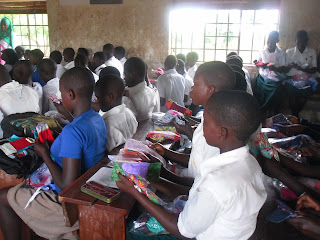 After some poking and prodding, we realized that it was because they didn't understand our question in English, after expanding in Lusoga, the girls began to open up with their personal experiences and were able to generally explain what was happening to their bodies, though with little context/understanding as to why it was happening. Isaac explained the science behind the menstruation cycle and many girls seemed to comprehend that the period was basically a sign that one is not pregnant.  After there was clear comprehension, we talked about how to maintain proper hygiene while on your period (not using soap on the genitals). At that point, the floor was opened for questions.  One of the girls in  grade 7 asked how to avoid unwanted pregnancies which spurred a conversation about abstinence and the importance of respecting your body.  Isaac was very intentional in telling the girls that each individual is important and does not deserve abuse of any kind.  He explained that the easiest way to live a life without complications (unwanted pregnancies, STDs, or HIV/AIDS) was by saying” no to sex,” particularly with older men and respected adults.  We did our best to make it clear that sex is not something to be used as a bribe or punishment, but it is a form of intimacy between a married couple. 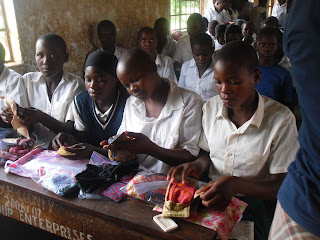 The girls seemed receptive to the idea of abstinence, however we wanted to cover our bases and expressed other ways to avoid unwanted pregnancies (i.e condoms, birth control pills).  Rachel then passed out 75 Days 4 Girls packages and began explaining how to use them and what each individual piece was for.  The excitement on the girls’ faces were rewarding to say the least, it was clear that each was appreciative of their new gifts and felt comfortable using them in the future. 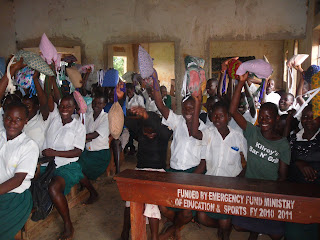 Rachel was intentional about explaining to the girls that there was no reason to be embarrassed of coming to school now and that the girls can go through classes without being ashamed.  After saying our goodbyes, the teachers expressed their appreciation and explained that lack of attendance for the female population was a big issue, and now that they were all present during this discussion, hopefully they could encourage the girls to use their pads and create a positive environment for the young women.